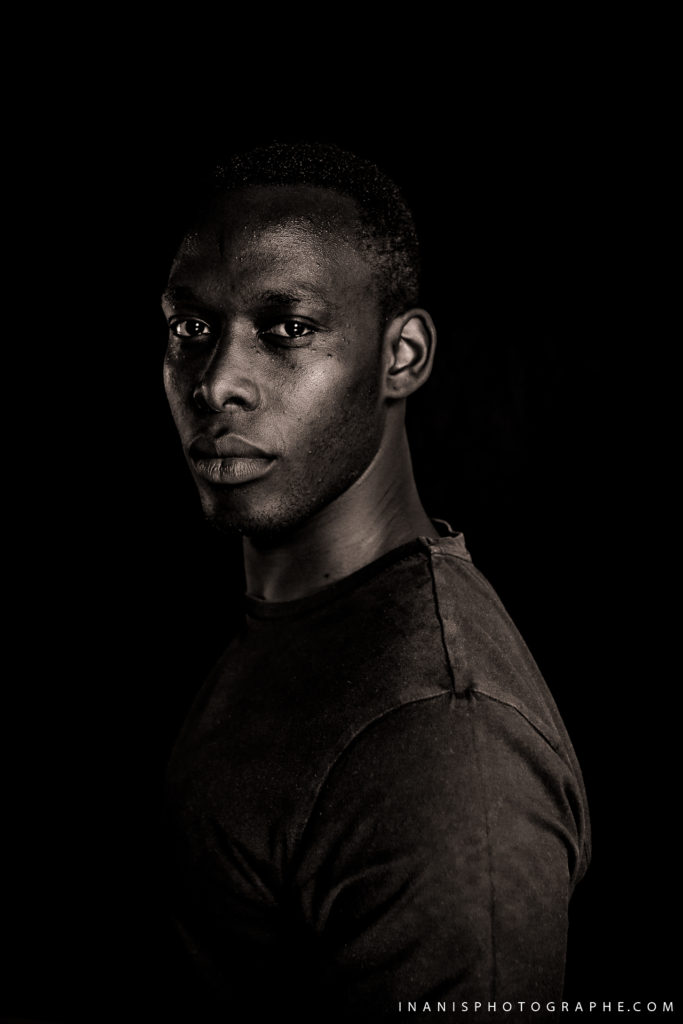 After having been an aeronautical engineer, then an investment banker, Halidou decides to devote himself fully to the operatic scene, his first passion. Parallel to his academic career, he took his first steps on stage in musicals before joining a big band soul interpreting the great classics of motown. Spotted by a modeling agency, he tried his hand as model for fashion designers and fashion TV. Interested in dance, he joined the contemporary dance company of the Sorbonne during his graduate studies. The desire to always work on his voice leads him to the lyrical repertoire which appears to be a revelation. He began his training in Saint Ouen with Frédérique Epin and Aurélie Courtot, before perfecting his skills with Pierre Catala and Guillemette Laurens. Holder of a Diploma of Musical Study from the CRR Paris, Halidou integrates at the end of 2018 his concertist cycle in the class of Elsa Maurus from whom he will graduate in 2020. He participates in numerous masterclasses, among which we will retain the one about Don Giovanni and Le Nozze di Figaro with maestro Ruggero Raimondi. In 2020, Halidou became resident artist at the Queen Elisabeth Music Chapel for which he received a scholarship. He collaborates then with the masters in residence José Van dam and Sophie Koch. In 2021 he is laureate of the Orsay-Royaumont Academy and joins the Opera Fuoco lyric workshop directed by David Stern.

As a stage true lover, Halidou has distinguished himself in numerous roles since his debut in both opera and operetta, not forgetting the repertoire of chamber music and Lieder with Jean-Marc Pont Marchesi with whom he performs in recital. He has also tried his hand at directing, notably with a production of Dido and Aeneas at the Hotel Gouthière in Paris. Among the roles he has taken on are Don Alfonso in Mozart's Cosi Fan Tutte at the PBA in Charleroi, Escamillo in Bizet's Carmen at the Théâtre Royal de Mons in 2020, Golaud in Debussy's Pelleas et Melisande, Mercutio in Gounod's Roméo et Juliette in 2018, The fairy queen by Purcell (Drunken poet and Hymen), Geneviève de Brabant by Offenbach (Grabuge), Elle est à vous by Maurice Yvain (René) in 2017, Le dialogue des carmélites by Poulenc (Le Marquis de la force) in 2016, Don Giovanni by Mozart (Leoporello) and Il matrimonio segreto de Cimarosa (Geronimo) in 2015. In 2019 he participates in the creation of the contemporary Jungle Opera inspired by Kipling's book at the opera houses of Limoges, Bordeaux and Tours.

For the 2020/2021 season he will be on tour with Les Frivolités Parisiennes in Paul Miraski's "Normandie" as Victor, in a revival of Jungle at the opera of Tour and Massy, and in Rameau's Platée directed by Stephane Delbassé as Jupiter. He will also be at the Festival d'Aix en Provence in June 2021 as part of his academy (opera de ci de là).

For the next two seasons, he will reprise the role of Golaud in a new creation of Debussy's opera Pelléas & Mélisande directed by Moshe Leiser and Patrice Caurier at the Vichy and Clermont Ferrand Opera and then on a national tour.