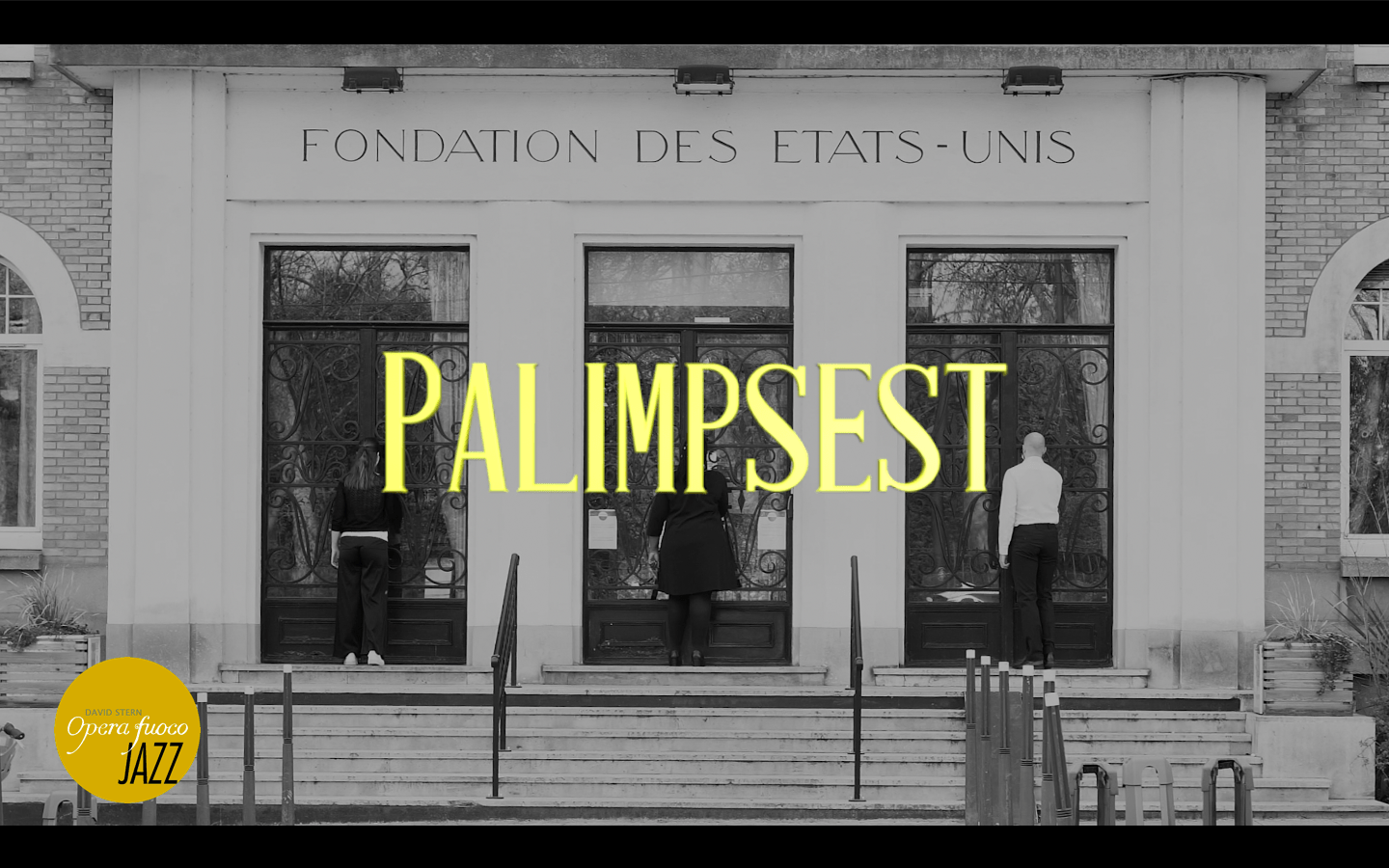 Palimpsest: Meeting of Art Song and Jazz A video mosaic

This project marks the first collaboration between Fuoco Jazz, a branch of Opera Fuoco’s Young Artist Program, and the Fondation des Etats-Unis. The film will be be released on International Jazz Day on April 30.

. The imagery that is evoked by the word palimpsest allows us to bring out the intertextuality of each poem and transform it through improvisation. With the meeting of Art Song and Jazz, we are faced with two “parchments”, the written poem and the written composition. Both are subject to interpretation while leaving traces of the original text. The project title also allows us to explore themes of memory and loss of identity. With the passing of time, the character’s identities have been replaced by new ones, written over each other like a palimpsest.

With the selection of the seven Art Songs below, we have created a video mosaic. Each of the songs has been filmed in a different space of the Fondation des États-Unis: Toothbrush Time is set in one of the dorm rooms, Eve-Song: Snake is set in the garden and The Monk and His Cat is set in the library. I wanted to focus on the “living” aspect of the Fondation des Etats-Unis. The theme common to each piece of music is that of connecting, or of the inability to do so. Each song shares a feeling of isolation and loneliness. All the characters’ experiences in this concept video will be loosely based on a student experience in terms of his or her journey to self-discovery. Each scene will start with a singer moving into the space and leaving the space through a shared door, which will be used as a transition to the next scene. Using this effect I want to suggest a strong relationship between the six characters, even if they are never seen in the same room together. Bringing back the idea of Palimpsest, each character “re-writes” the former story, a constant cycle of erasure and rebirth."